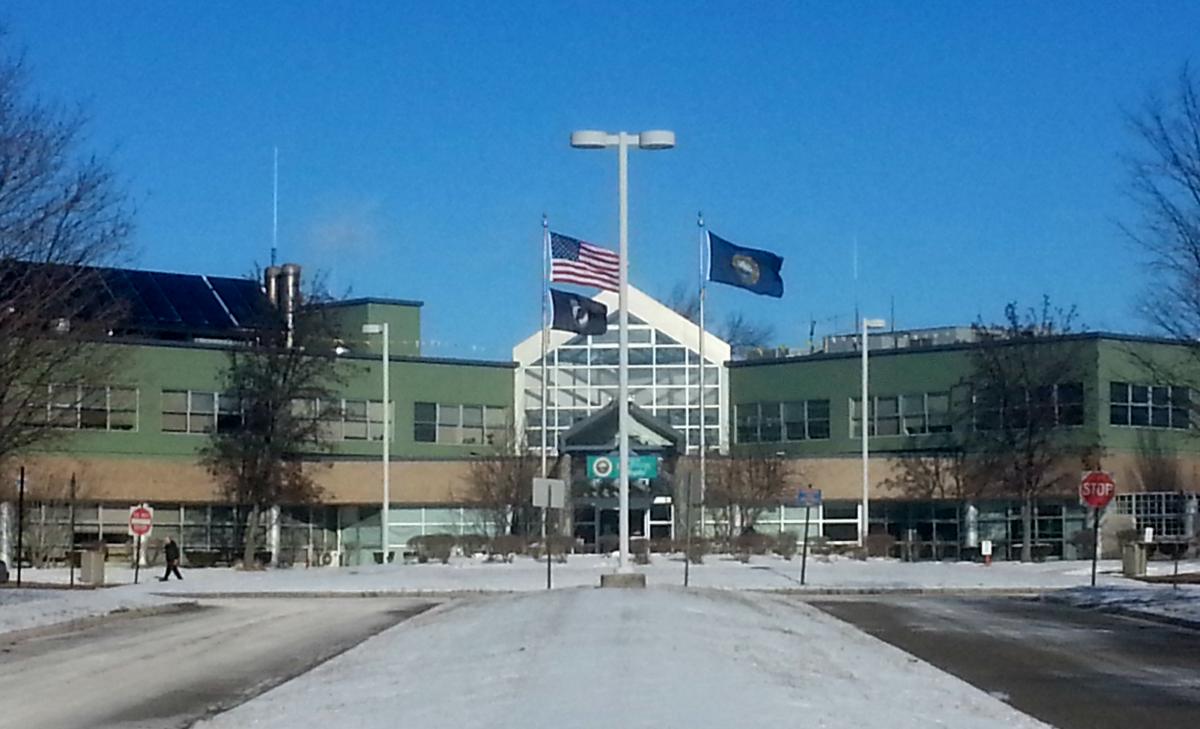 The existing rubber membrane with stone-ballasted roof was leaking and needed to be replaced. North Branch replaced the 81,000 square foot roof with a new fully-adhered 90-MIL rubber membrane roof. The new roof has a thicker membrane and longer warranty (30 years) to prevent leaking for decades to come.

Extensive building envelope improvements included replacing the existing failing composition panels that were falling off of the building and opening it up to air and moisture infiltration. These panels were replaced with metal cladding wall panels over a water-resistive air barrier. In addition to protecting against moisture and air infiltration, the new metal cladding wall panels enhance the building aesthetically.

North Branch cleaned and restored the existing brick veneer, re-pointing areas with new mortar and replacing any damaged brick. All brick window sills were replaced with precast concrete window sills for a modern and uniform look.

Various site improvements were performed including the installation of new stone drip strips at the base of the foundation surrounding building, and new foundation coating – both improvements will serve as moisture deterrents to increase the longevity of the building?s exterior.

North Branch completed this project in December 2013, a week early.