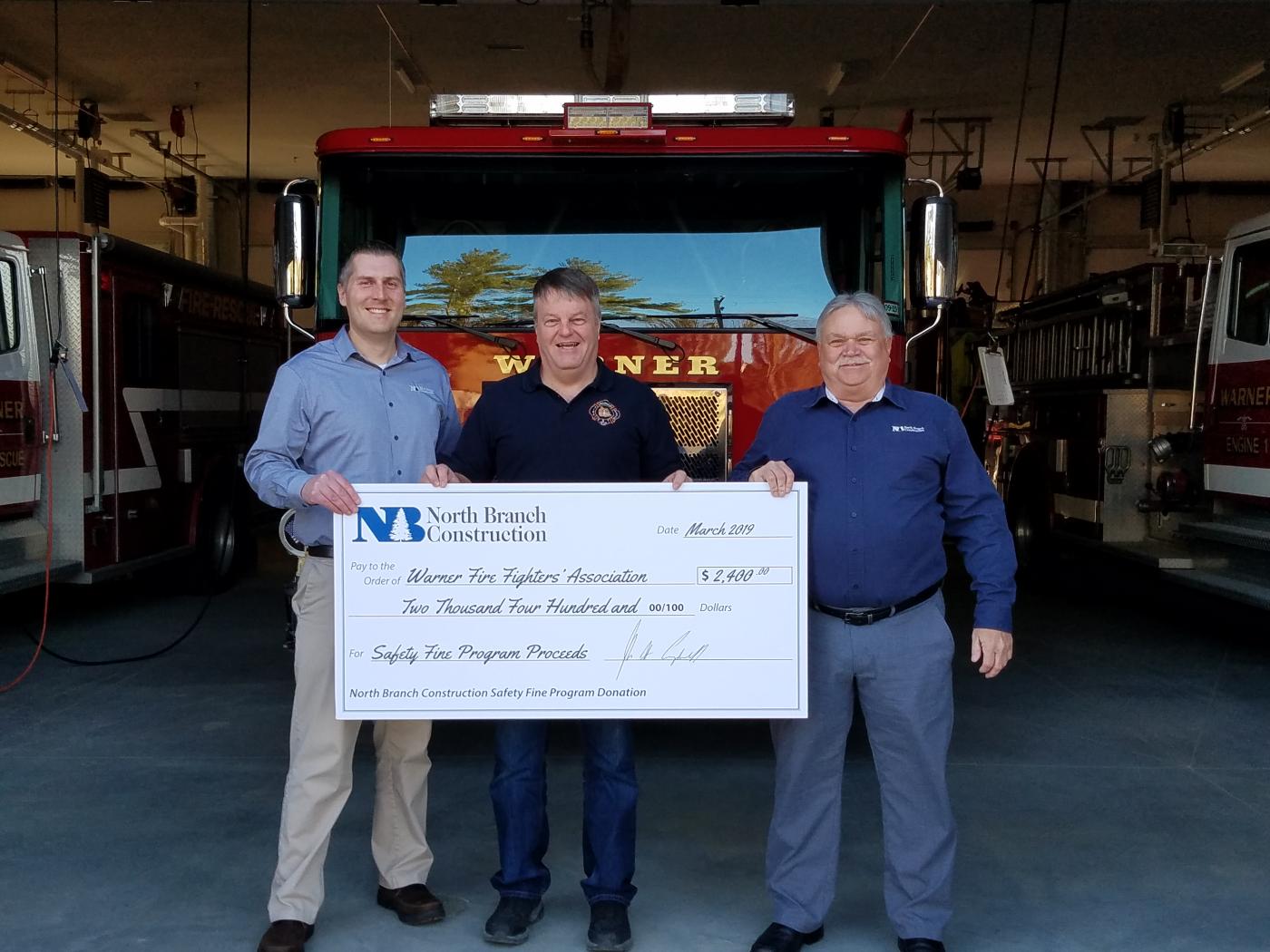 In 2018, North Branch Construction assisted the Town of Warner in obtaining a positive bond vote for approval of $2,750,000 in funding for a new fire station. Construction of the one-story, 11,000-square-foot facility, featuring a 4,770-square-foot administration wing and a 5,300-square-foot apparatus bay, broke ground on May 9, 2018.

The project featured the utilization of Insulated Concrete Forms (ICFs). ICFs are hollow foam blocks reinforced with rebar and stacked along the perimeter of a building, outlining its future exterior walls. Concrete is then placed into these interlocking, pre-insulated forms. Helping to accomplish the Town of Warner’s goal for a sustainable fire station, ICFs are considered a greener alternative to traditional Concrete Masonry Units (CMUs) as they use fewer materials, create less waste, last for a very long time, and deliver energy-efficiency beyond traditional building materials. They are also faster and easier to work with as they require fewer trades to install.

The strength of the ICFs at the new Warner Fire Station will support the building’s impressive seventy-six-foot clear-span roof trusses. These extra-long trusses were installed in order to avoid requiring interior columns within the building, thus allowing more open space for the department’s apparatus bay.

The new station brings together apparatus that had previously been stored in multiple locations, as the previous fire station did not have the space to house it all. The previous station was also inadequate in that it did not meet fire and safety codes, was not ADA compliant, lacked parking, and did not allow space for the indoor servicing of apparatus.

The new station was designed with the intention of blending in with the neighboring residential landscape. The station features an Emergency Operations Center, offices, training and meeting spaces, a locker room, kitchen, ample parking, and an apparatus bay that can house all 13 pieces of the Fire Department’s current apparatus. It is expected that the facility will serve Warner for at least forty years.

“Building a fire station is a rewarding job,” noted Bruce Blazon, General Manager at North Branch Construction, “especially one as long-awaited and much-deserved as the Warner Fire Station.”

North Branch Construction completed this project in nine months, bringing it in on time and on budget for the Town of Warner. SMP Architecture of Concord, NH provided architectural design and TFMoran, Inc. of Bedford, NH provided structural engineering services for the project.