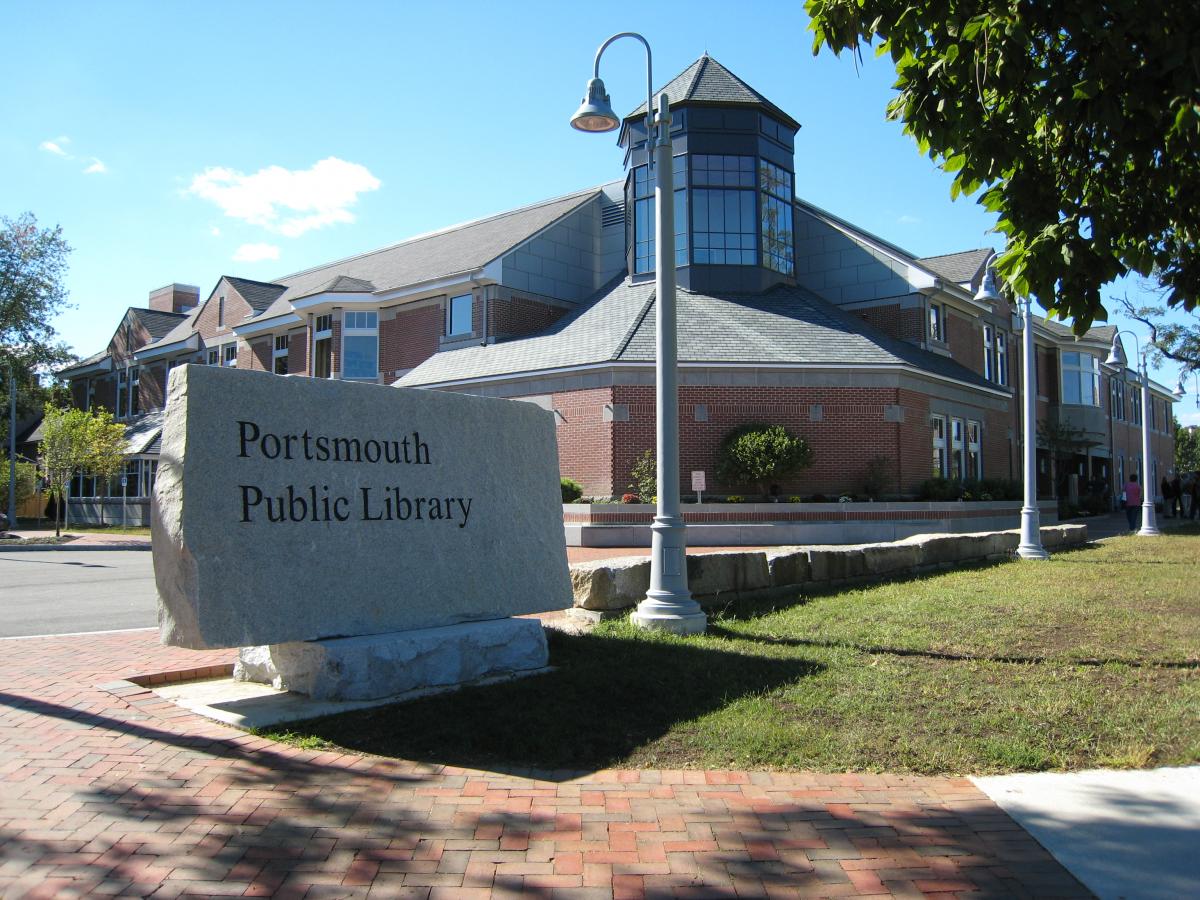 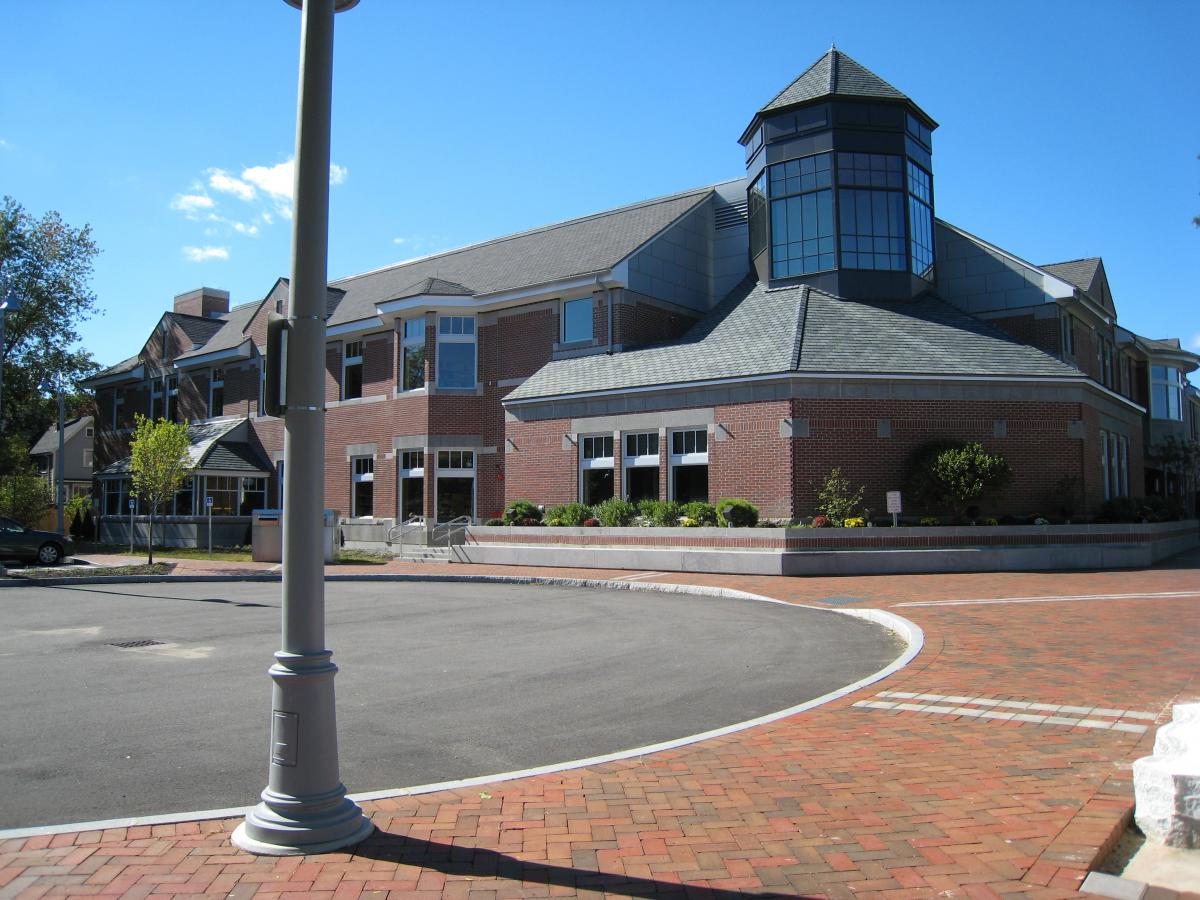 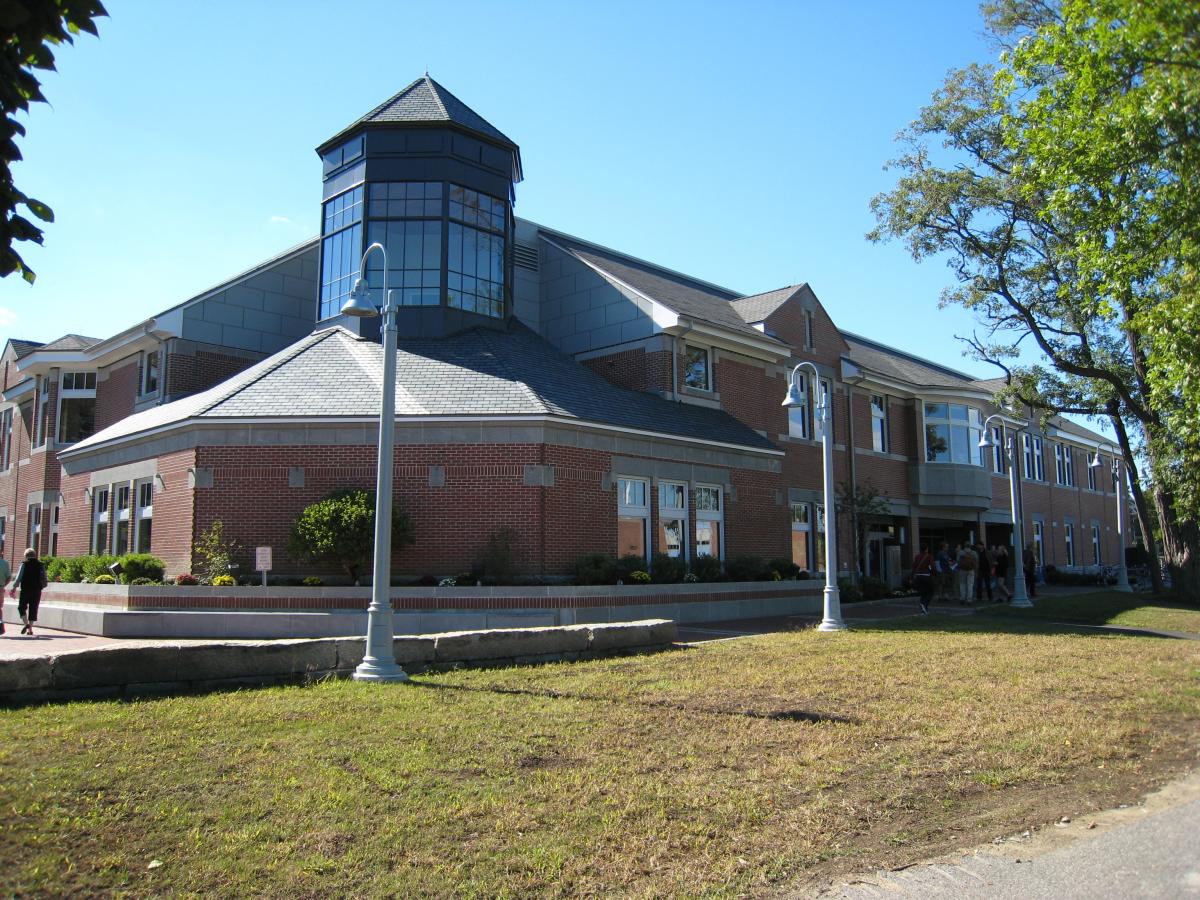 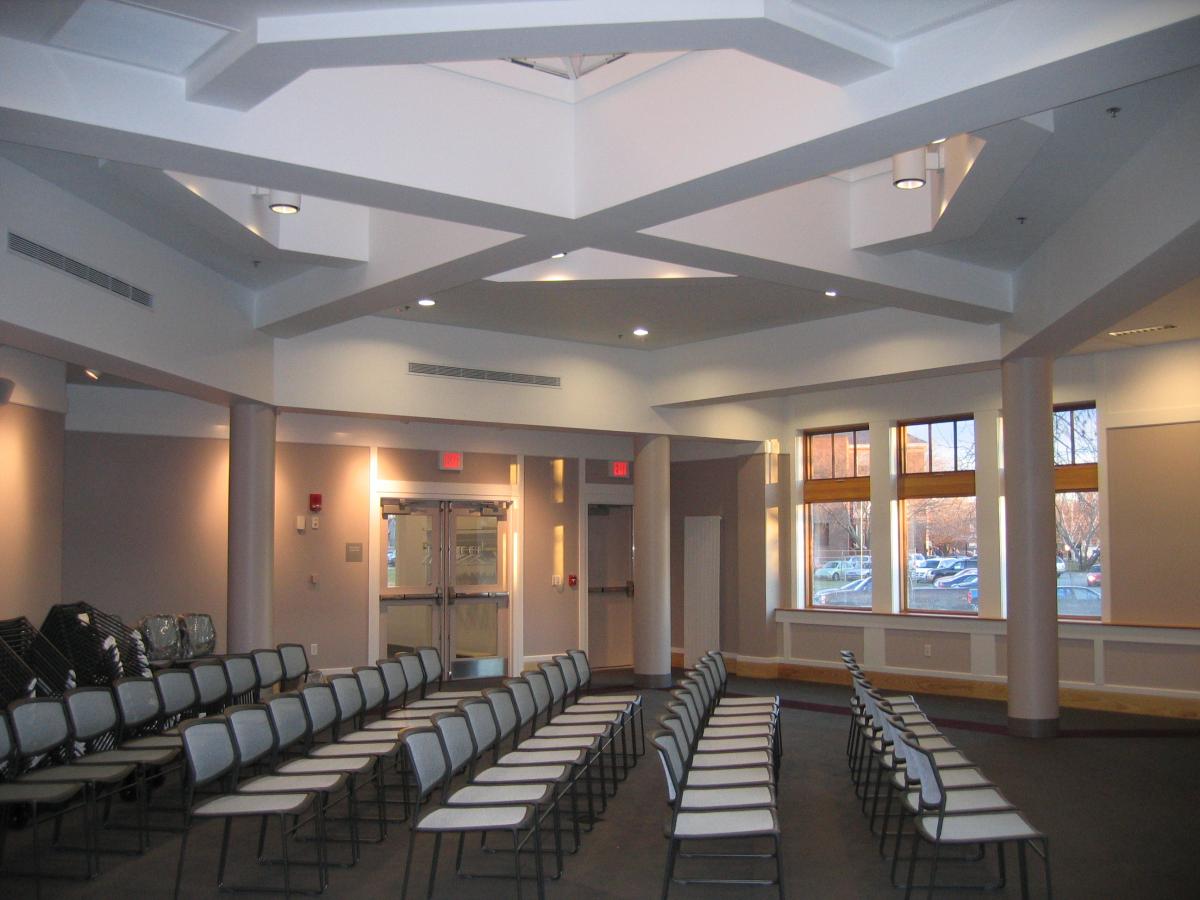 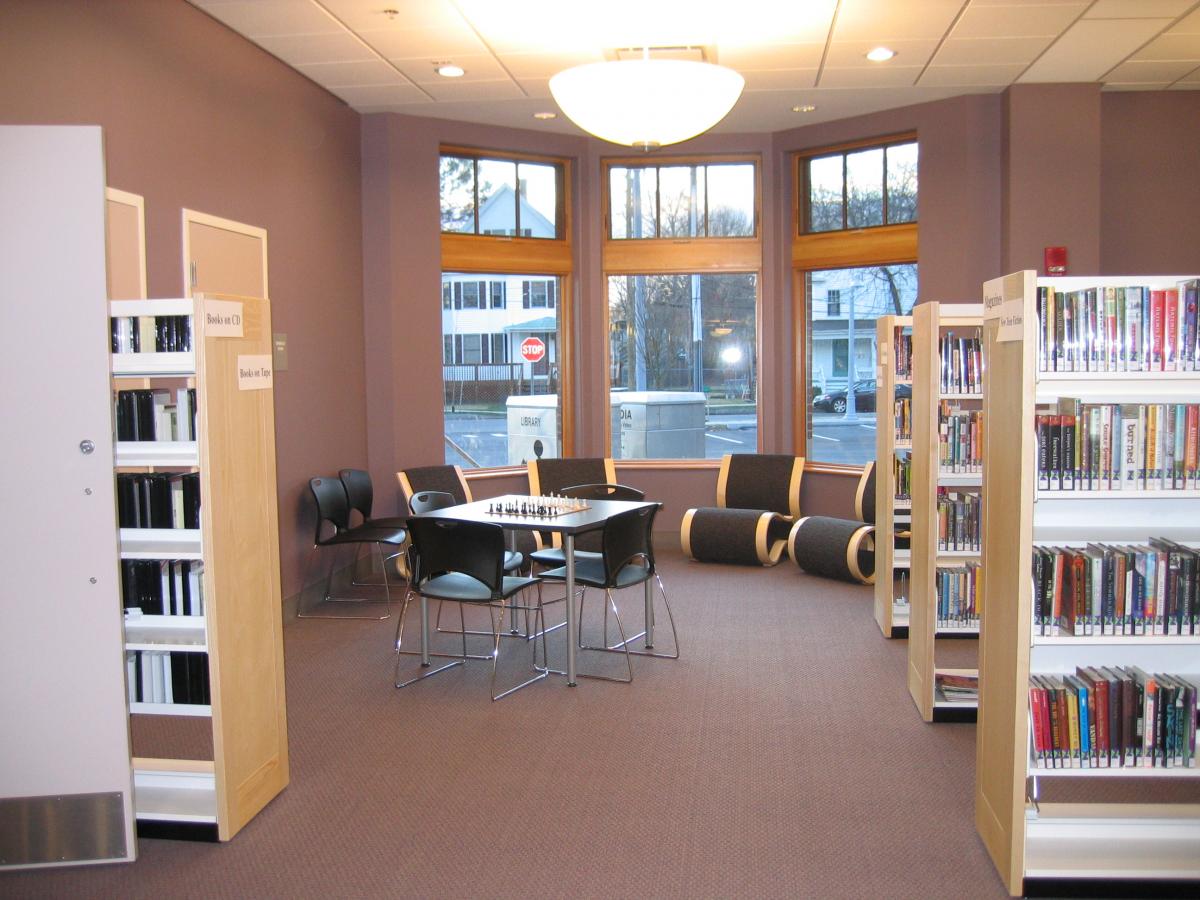 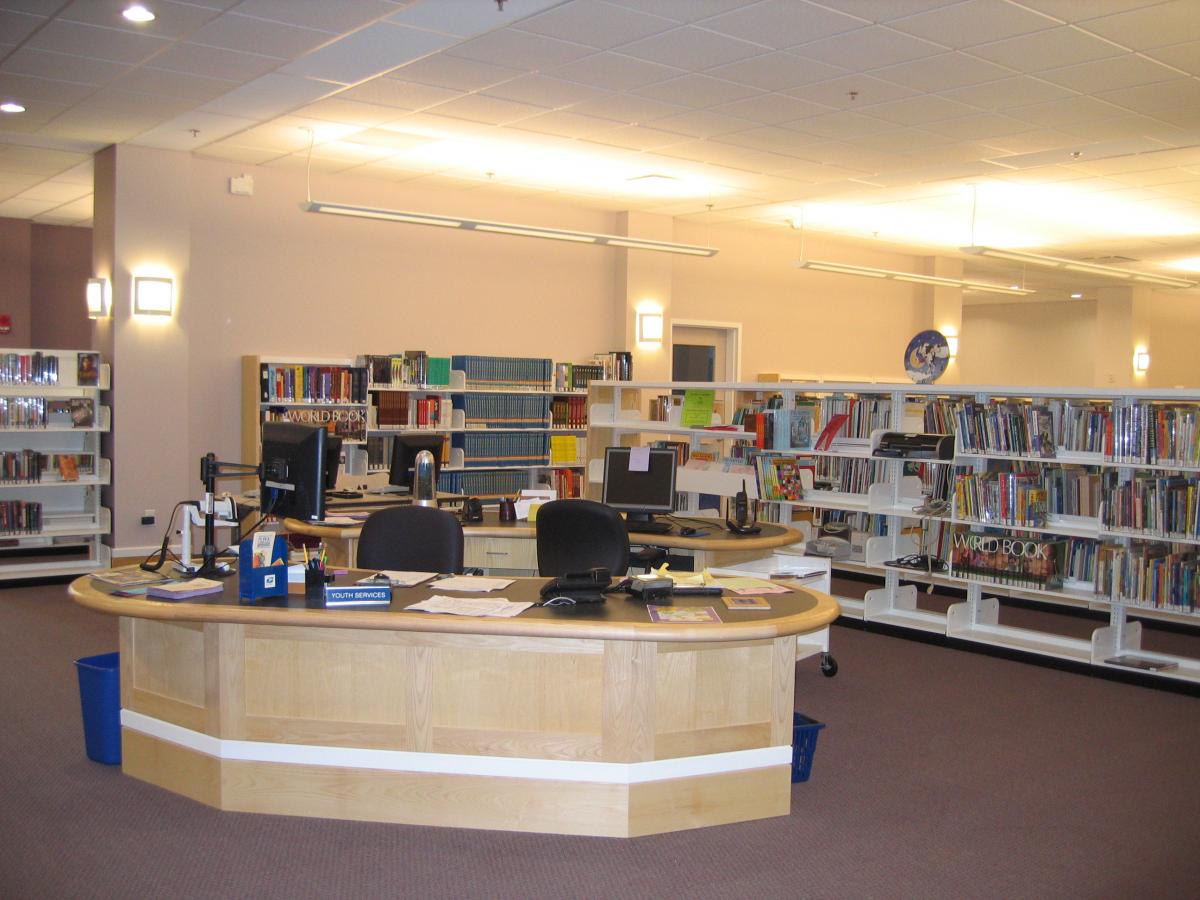 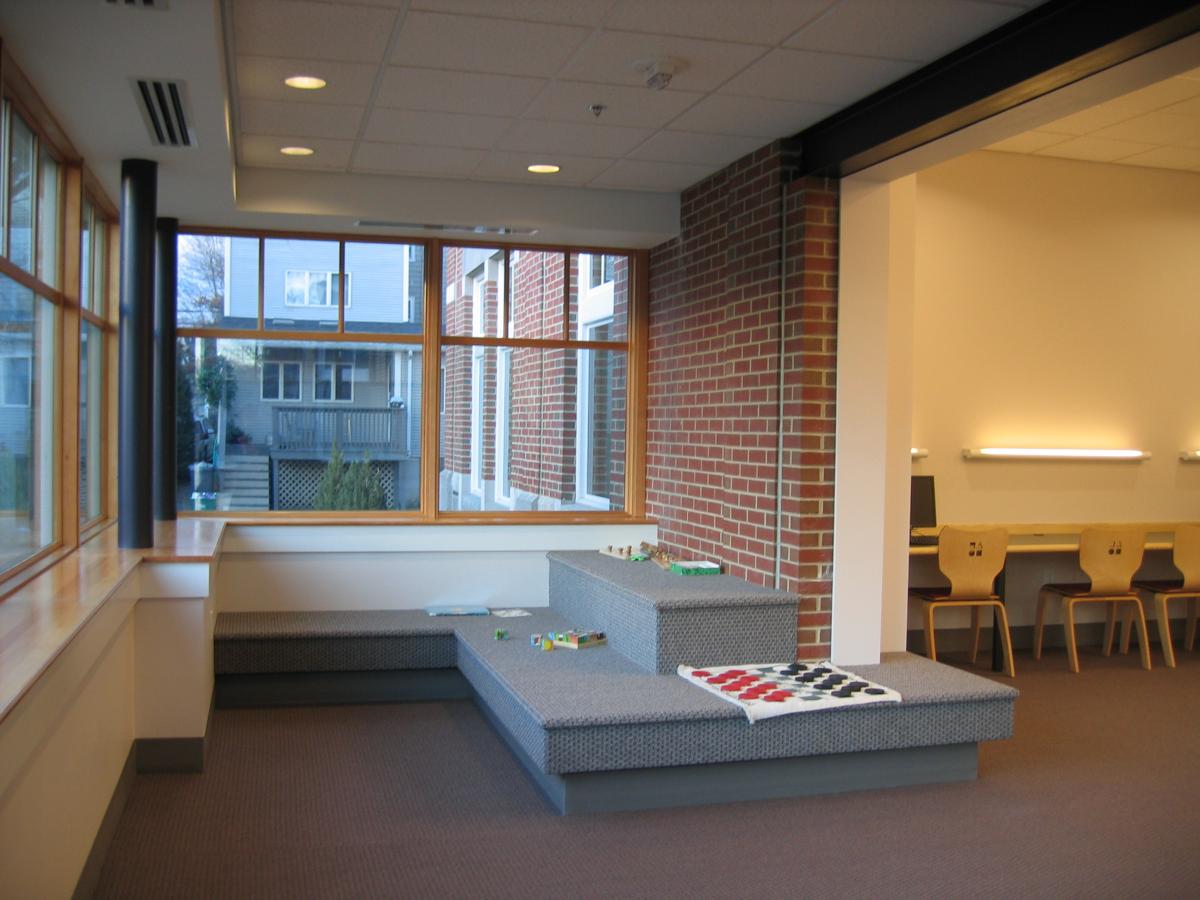 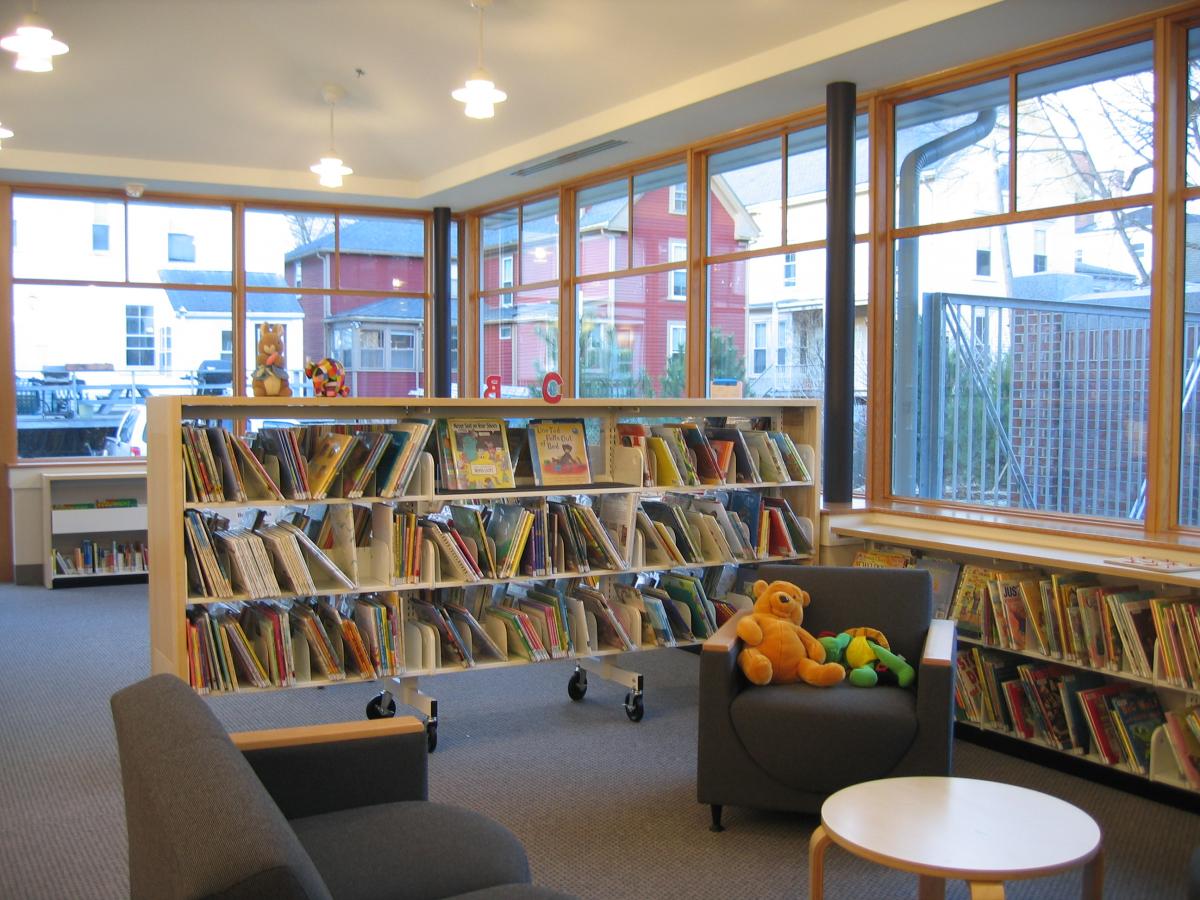 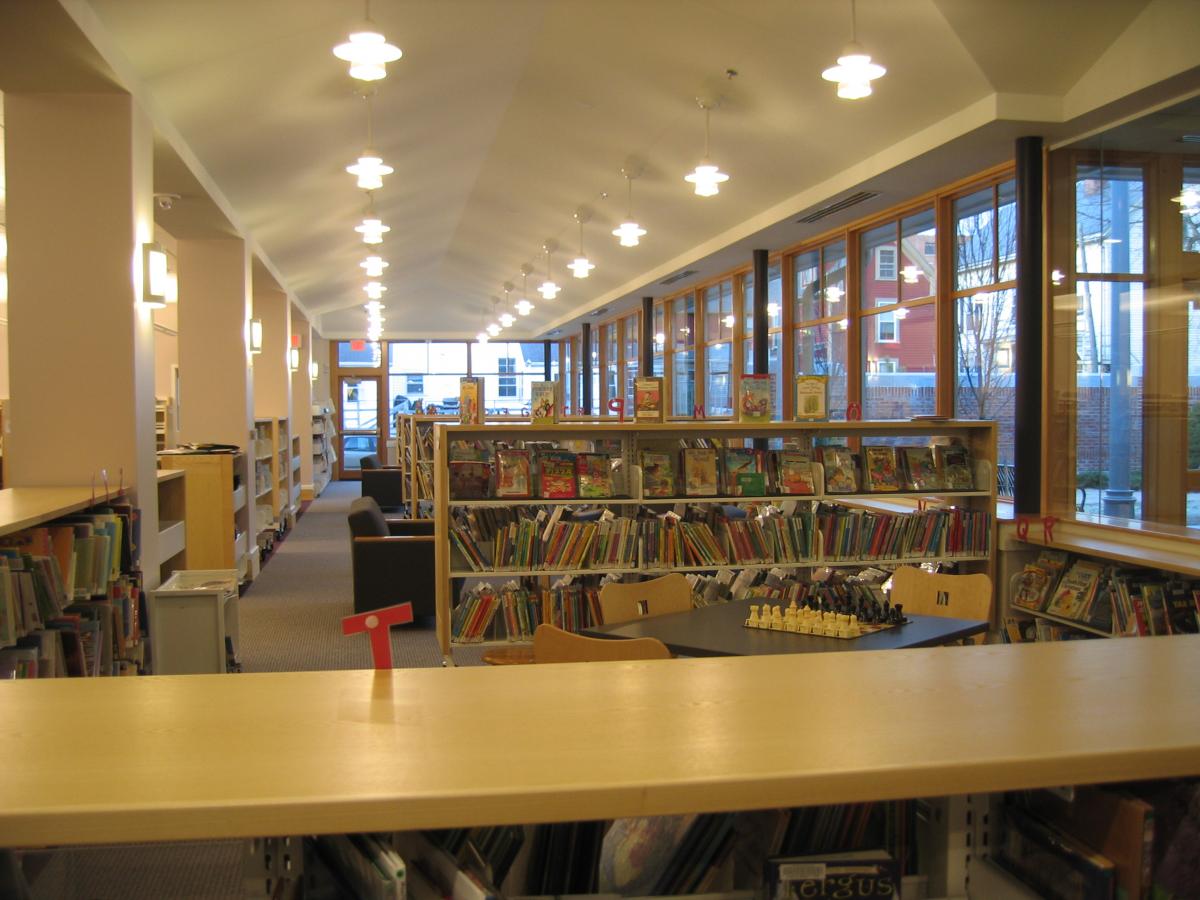 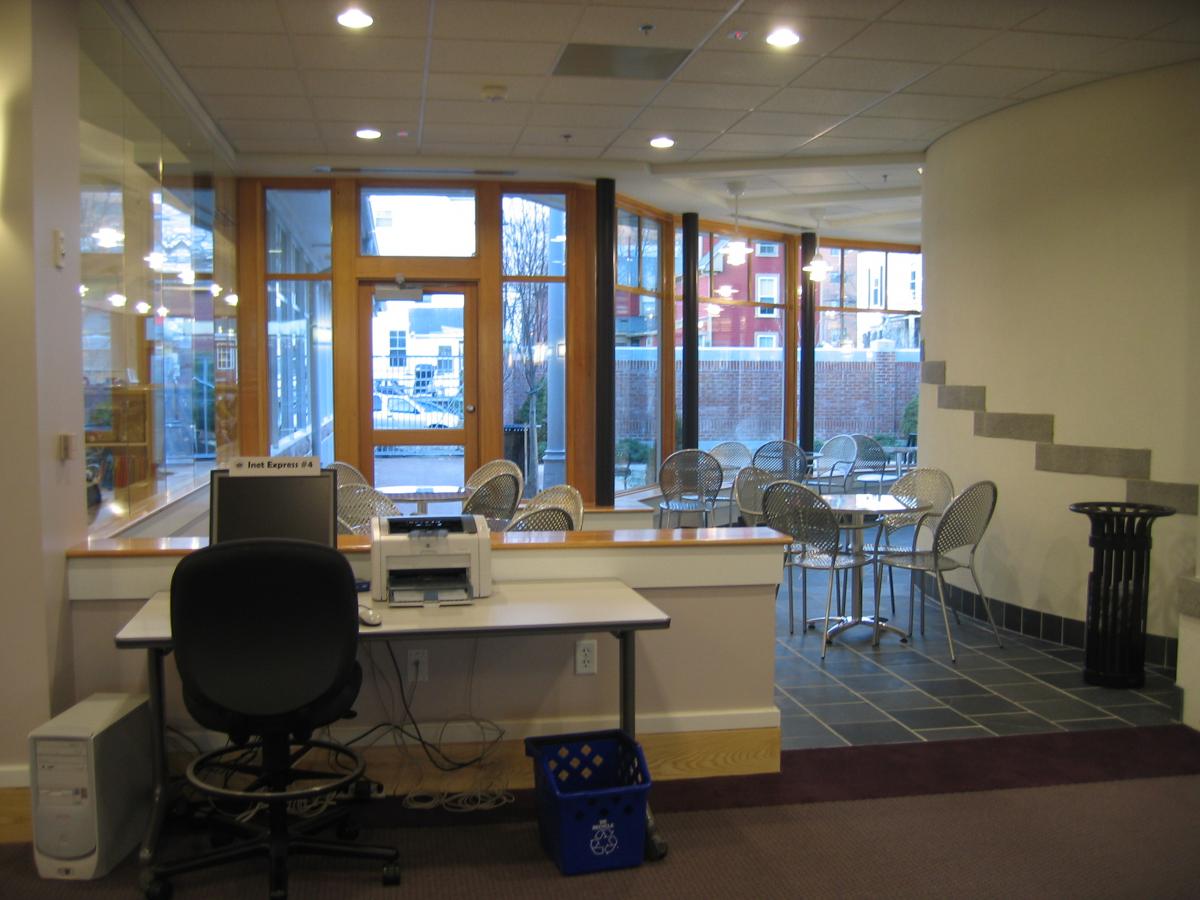 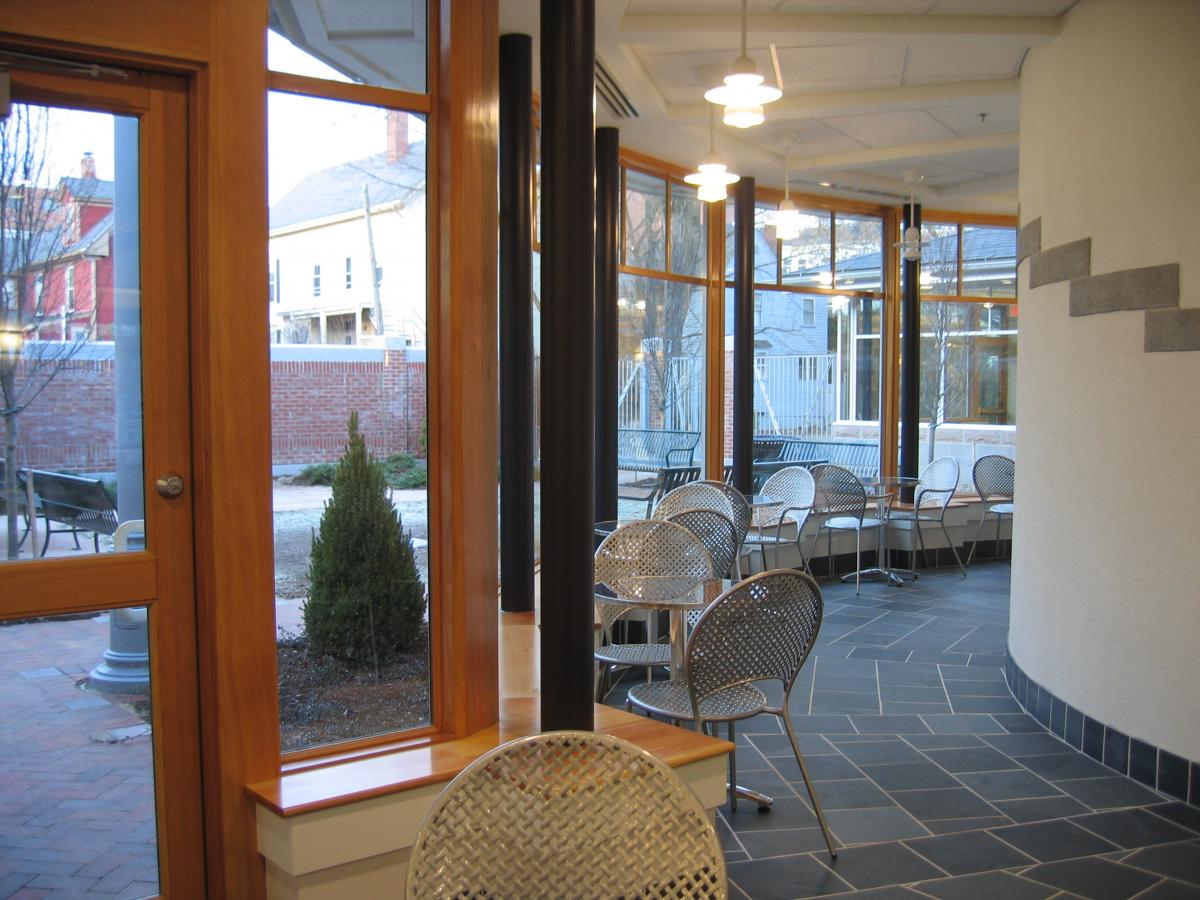 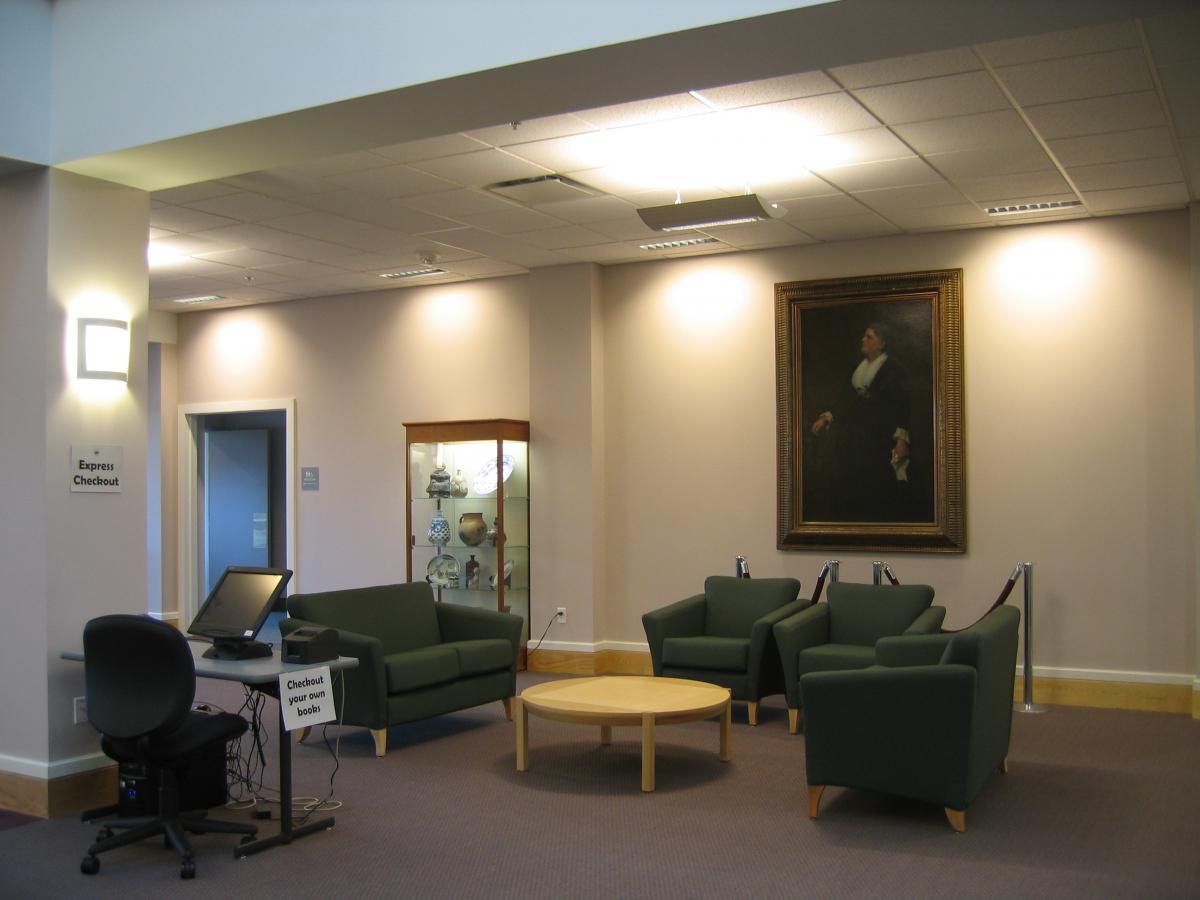 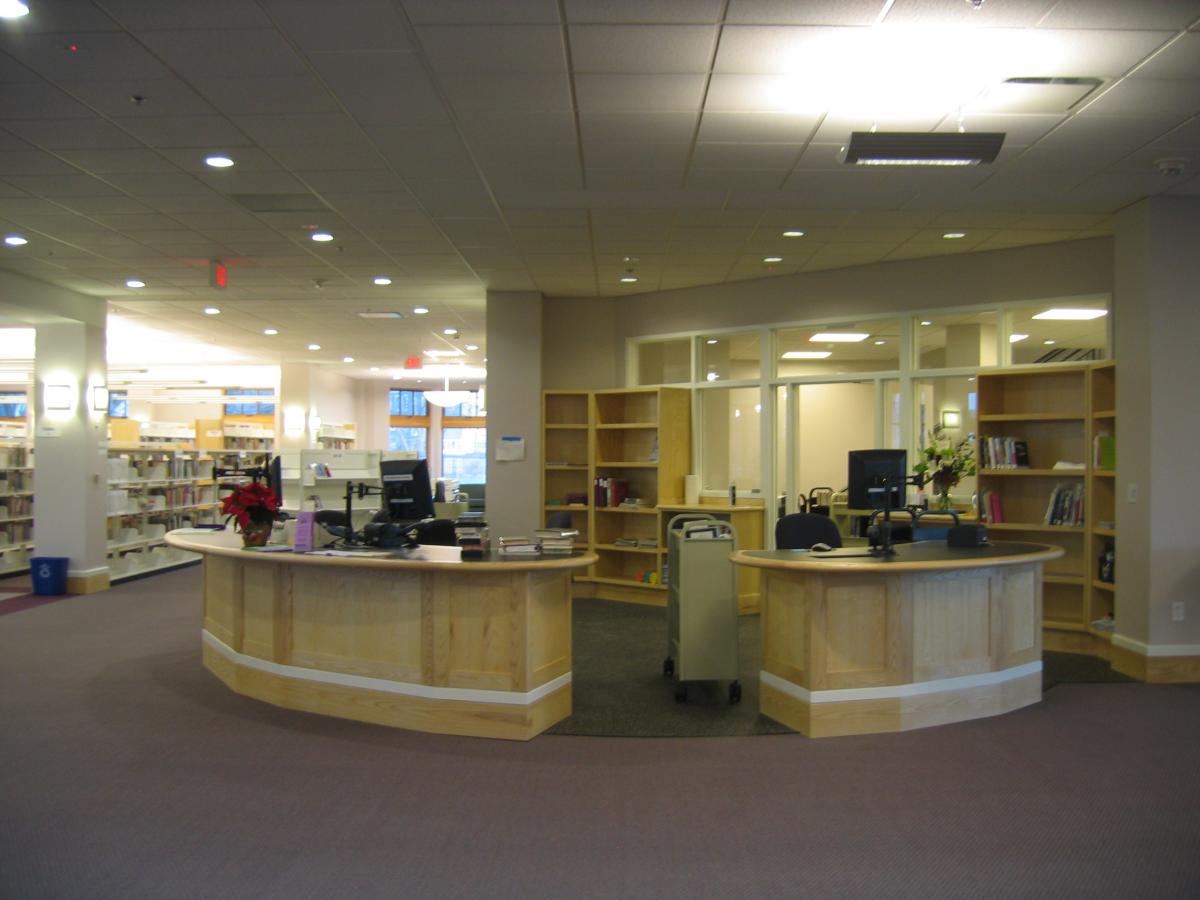 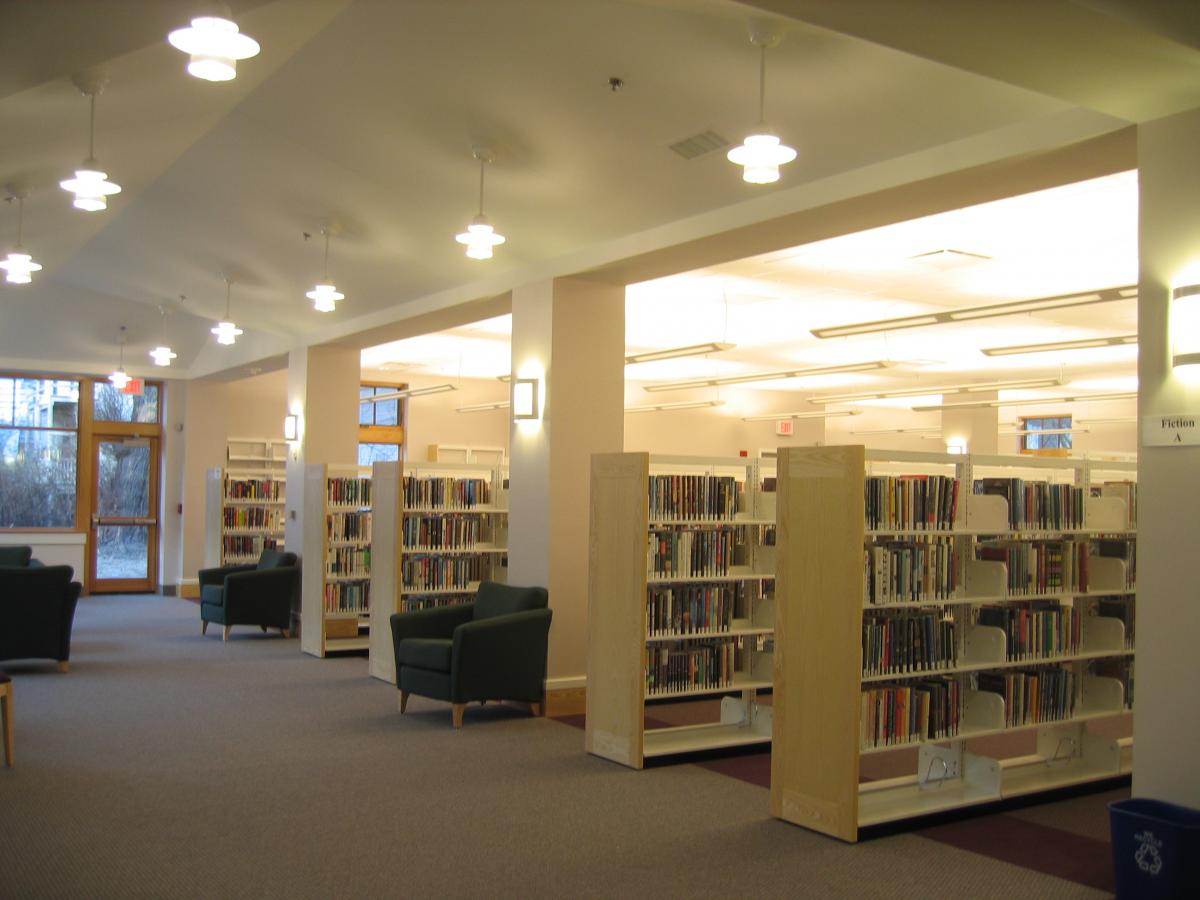 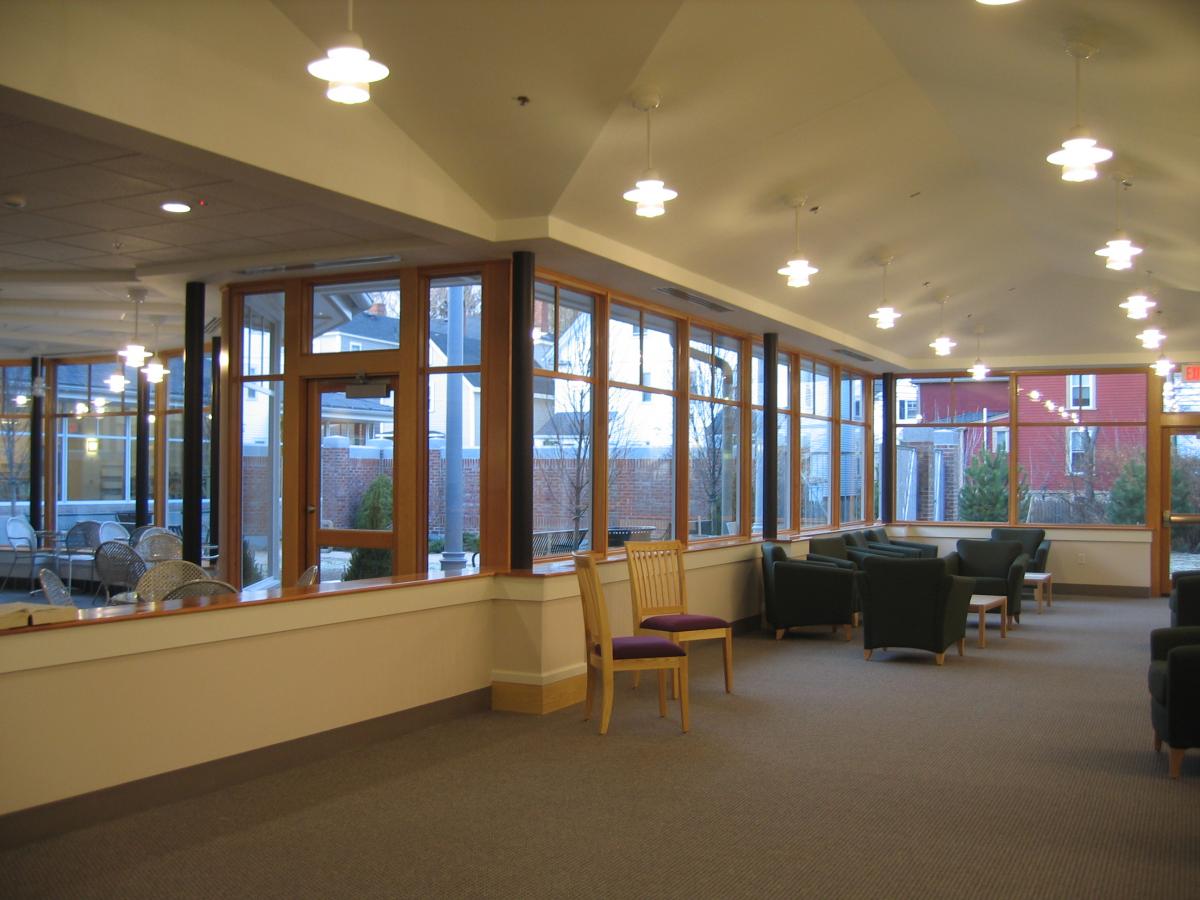 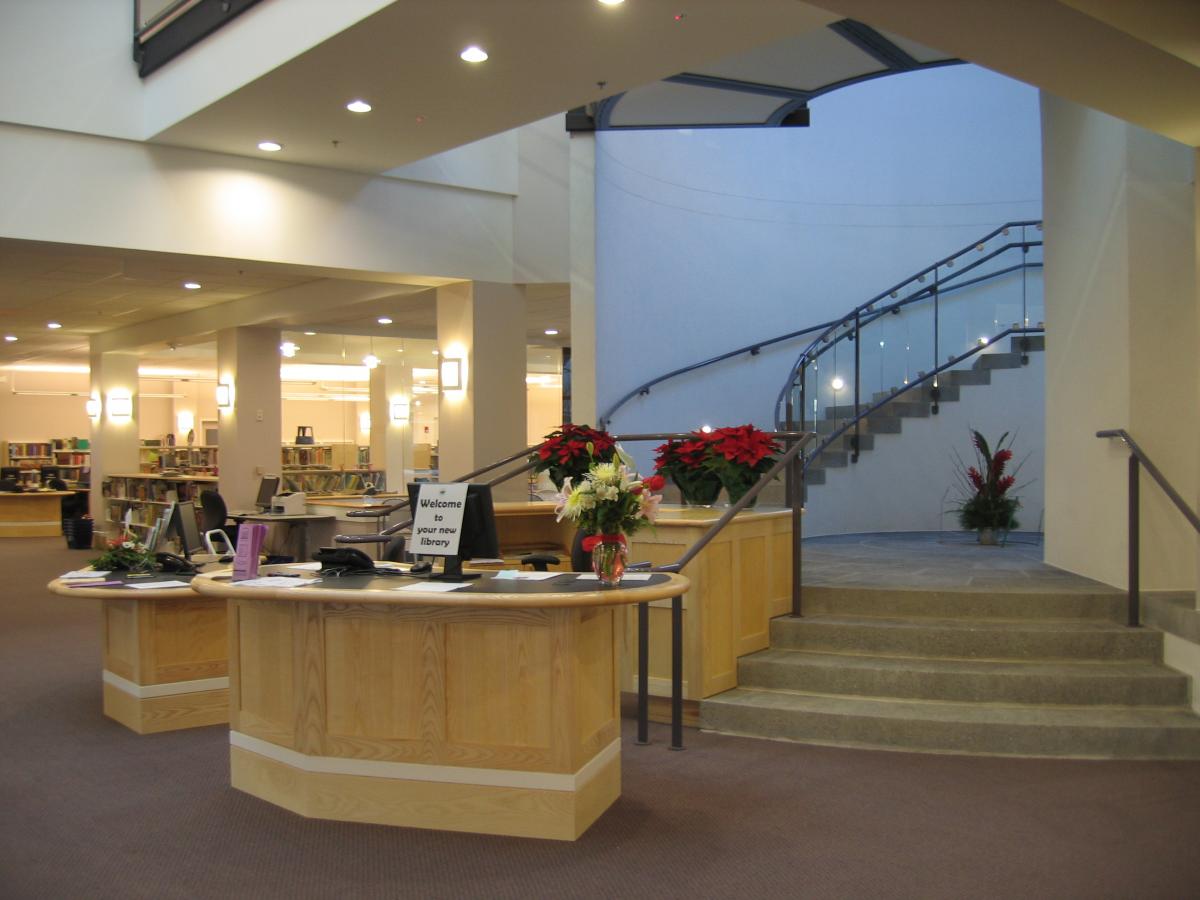 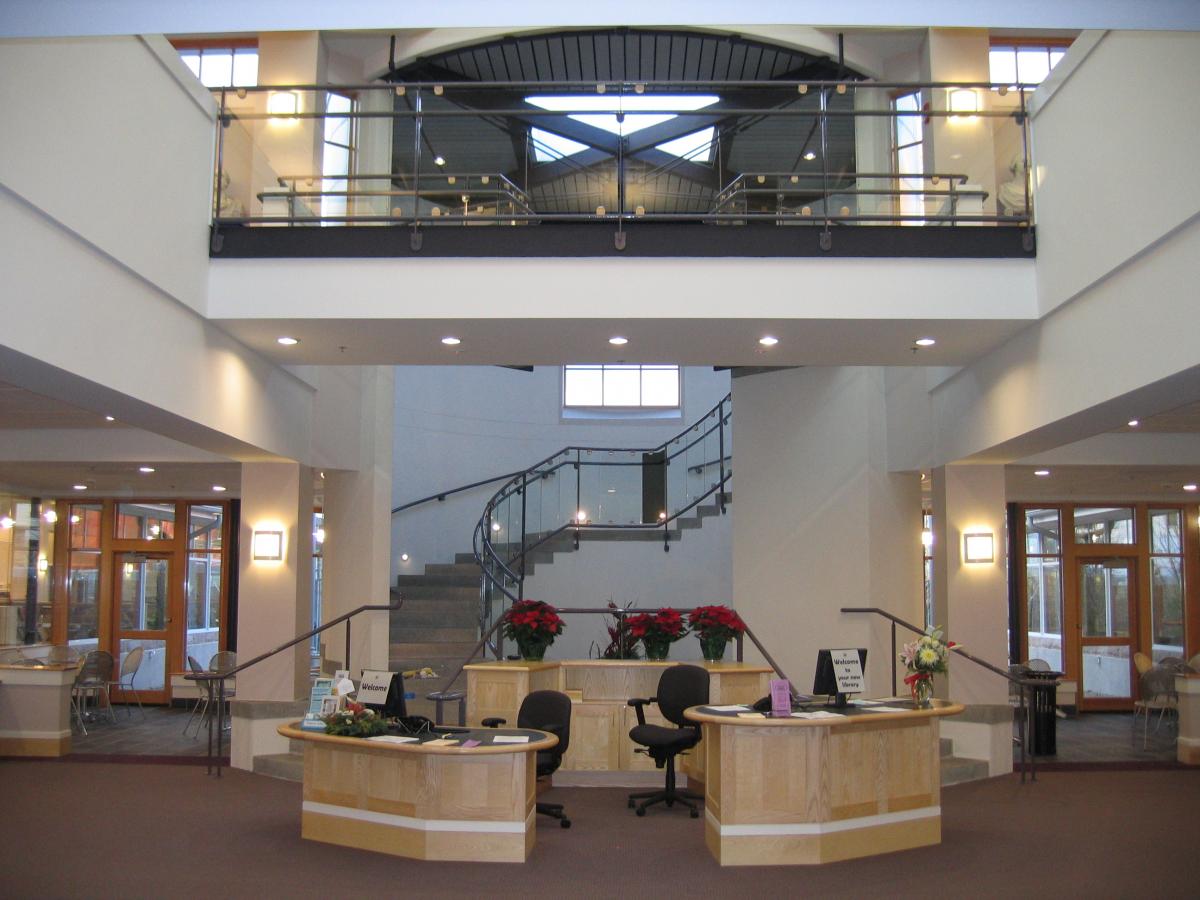 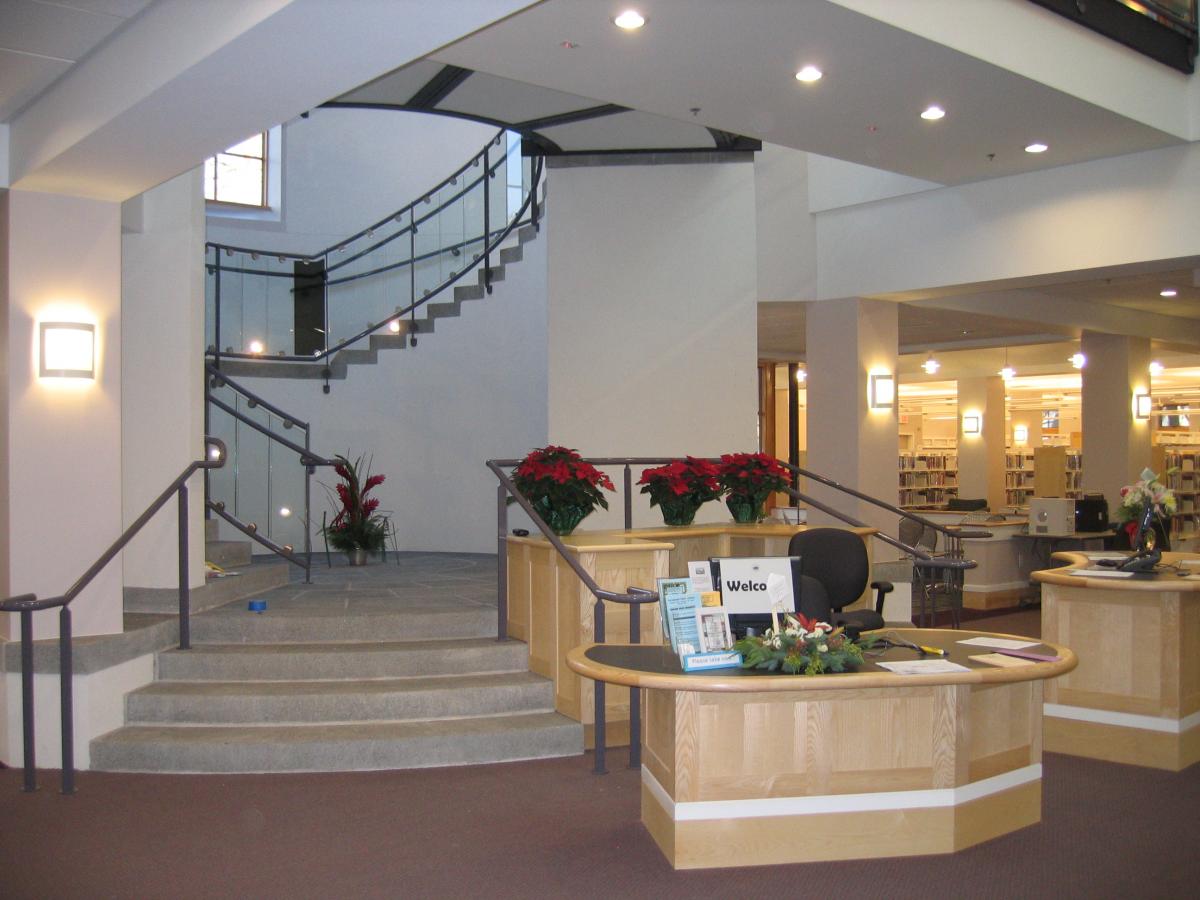 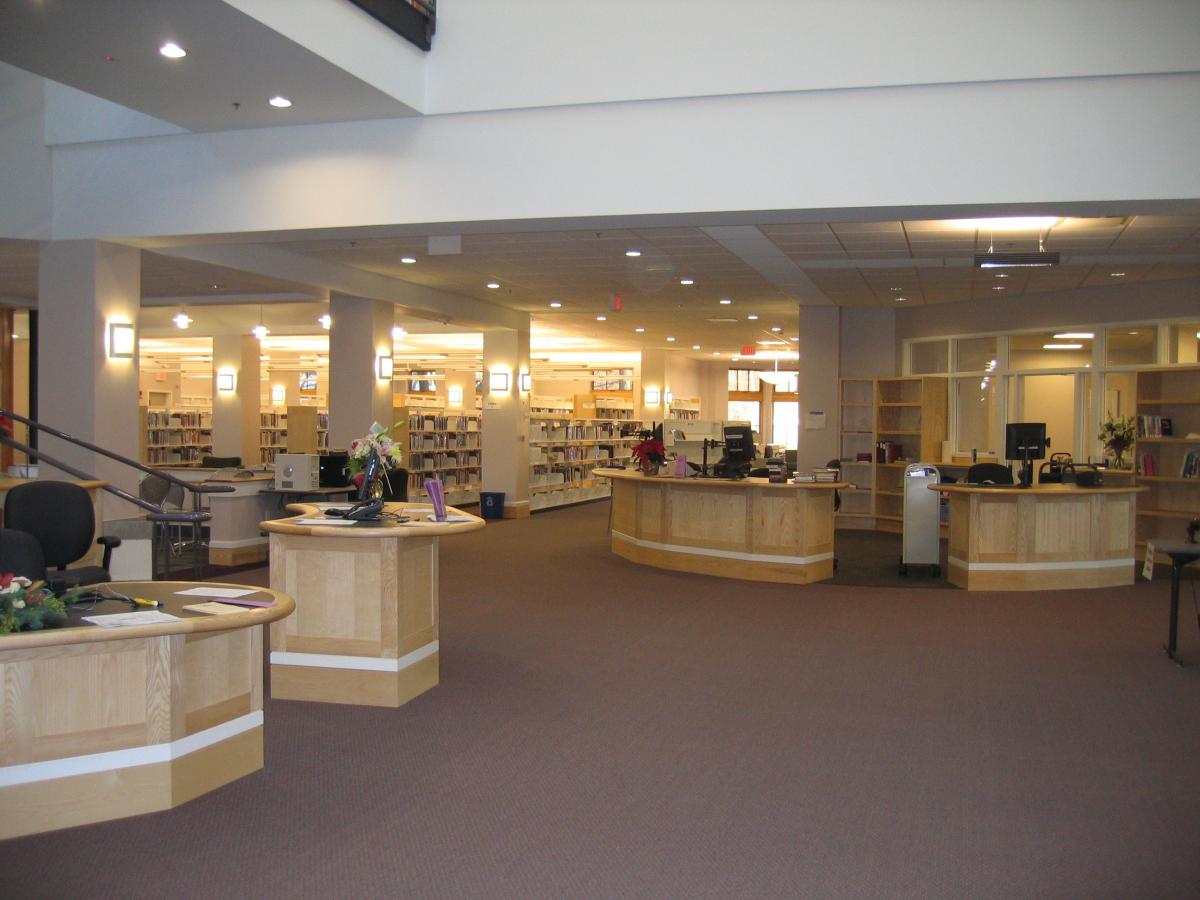 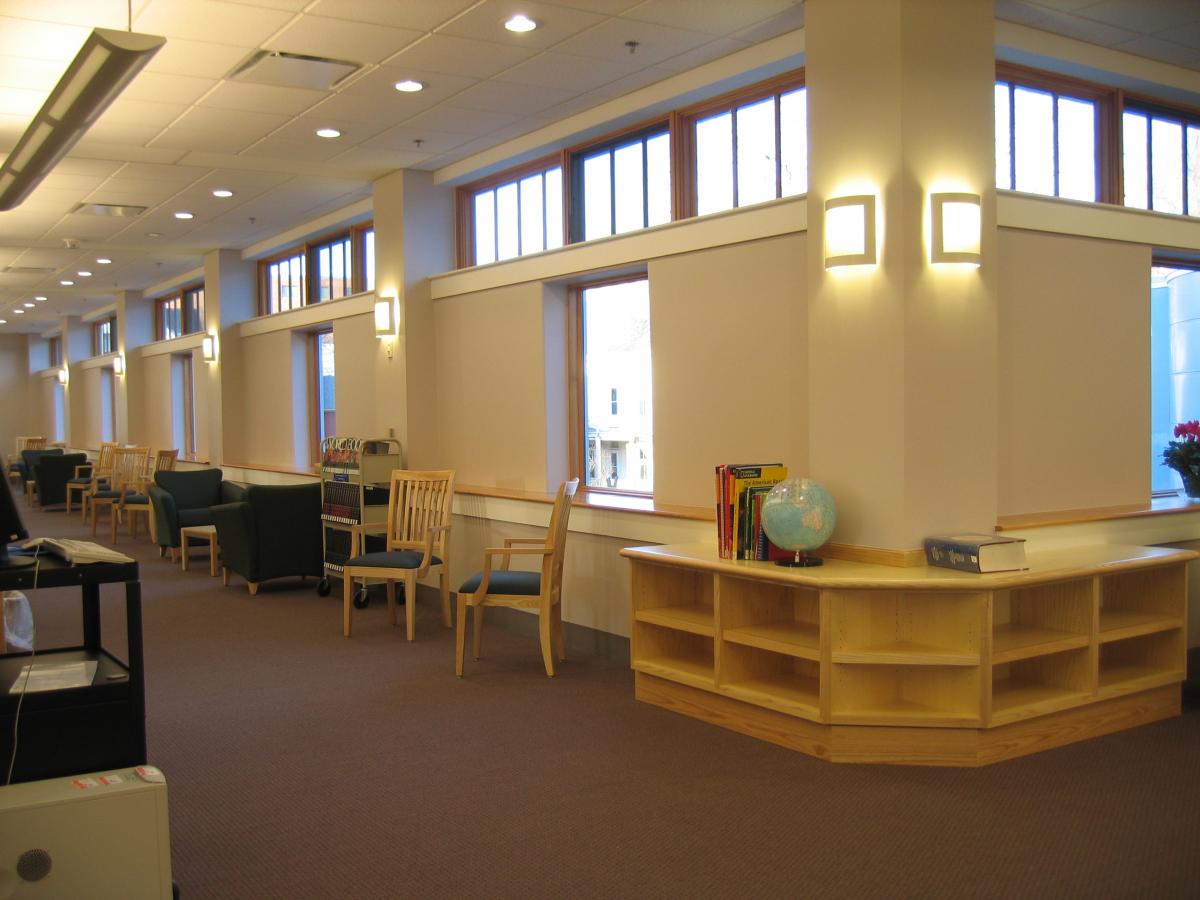 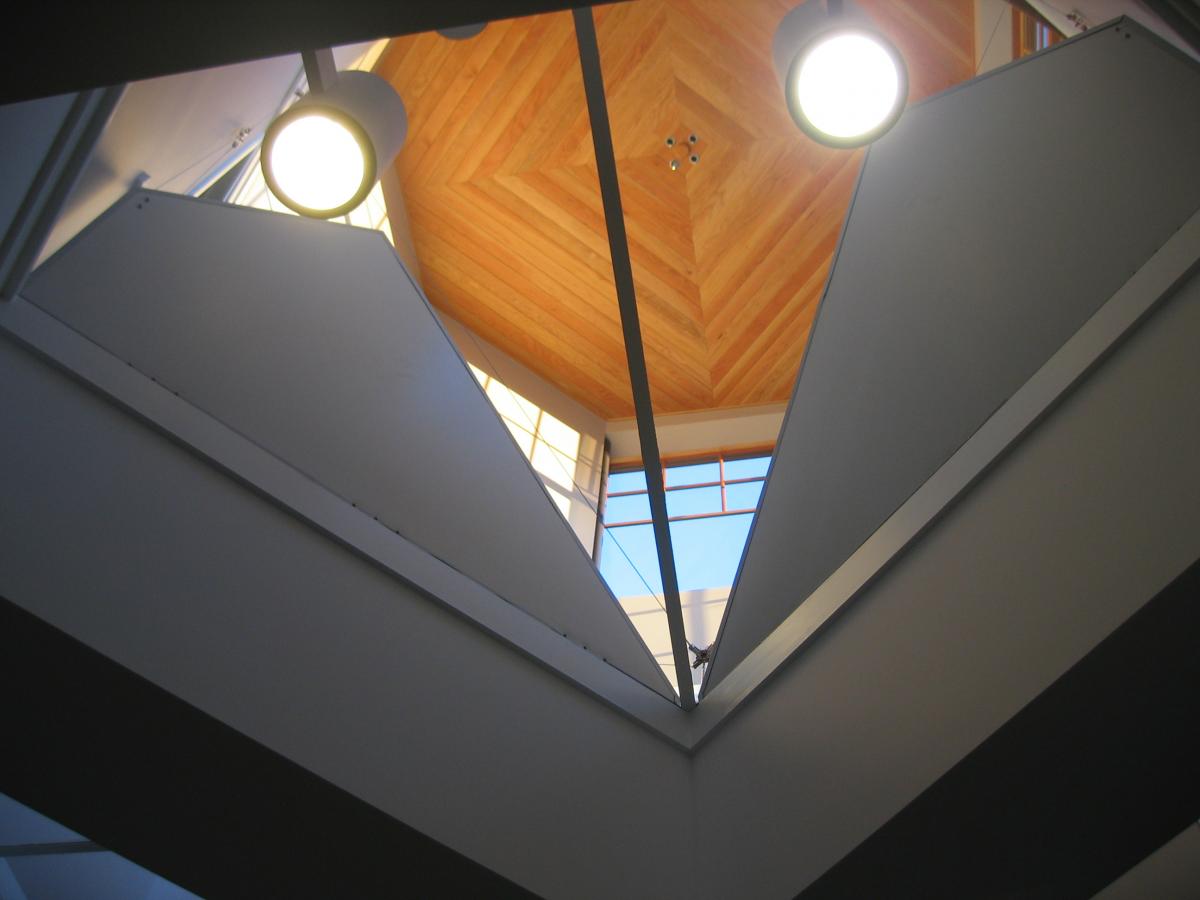 
North Branch Construction was awarded the Construction Management Contract by the City of Portsmouth for the construction of a new library on the site of the former Armory on Parrott Avenue in Portsmouth in September, 2004. North Branch provided pre-construction services, working with Architect Thomas Amsler (Principal in Amsler, Mashek, MacLean of Boston, MA) and the Owner on the final design development, with the project going out for subcontractor bidding in late December 2004. The project also included the demolition of the former Armory building.

North Branch’s thorough approach to value engineering helped bring the Portsmouth Public Library project from a $9.3 million (original cost estimate) to $7.8 million GMP, without the City having to cut any program needs from the project. One key VE recommendation was the replacement of the traditional air handler and VAV system with a highly efficient heat pump system that was designed and built by the Construction team. This saved the City approximately $700,000 from the original design and 32% in projected (by scientific modeling) annual energy costs.

Demolition began in early January 2005 at the site of the old Portsmouth Armory as the subcontractor bids were being compiled for the GMP. North Branch provided the owner with the GMP in late January. The new 38,000 square foot, 2-story facility has a driven pile foundation and structural steel frame with brick and stone veneer exterior. The building was designed to be modern in function, sensitive to the architecture of the City and was the first municipal project to be LEED (Leadership in Energy and Environmental Design) Certified in the State of NH. LEED Certification is a voluntary, consensus-based national standard for developing high-performance, sustainable buildings.

The success of this project was truly a team effort between the City Officials, Architect and North Branch working together. Due to budget constraints, North Branch provided extensive value engineering to bring the project within budget. Working together, the City was able to keep their program intact without the value engineering causing any loss of programs. Due to the proximity of the building to residential buildings, the library was designed to be black sky compliant, yet still allow the court yard to remain in the design. The building was designed to reduce noise to the neighborhood, to be an energy efficient, non combustible building (cast in place concrete with steel frame precast panels) using certified wood (from managed forests) in the windows, and open concept to take advantage of daylight. When the Armory was demolished, 95% of the material was recycled and the slate was harvested and reused in the library. 75% of the construction waste was also recycled.

Sitework began in April 2005, but when a layer of ash was discovered in the soil, sitework was halted so soil testing could be performed to determine the amount of ash. After several weeks delay, and corrective measures made to stabilize the soil, sitework continued and pile driving began in mid June 2005. By mid September the foundations were complete. Steel erection began in November 2005 and was completed in early February 2006. By late summer 2006, roofing and brick work was nearly complete. By early fall, interior finishes were well underway. The library staff began to move books into the new library December 4th, 6 weeks ahead of schedule and opened to the public December 18th. The project was completed $80,000 below the guaranteed maximum price.

In August 2007, the Portsmouth Public Library was awarded the Silver Level of LEED Certification from the U.S. Green Building Council, and in October 2007, North Branch Construction was honored with the Associated Builders and Contractors “Excellence in Construction” Award in the Institutional Over $5 million Category for this project.