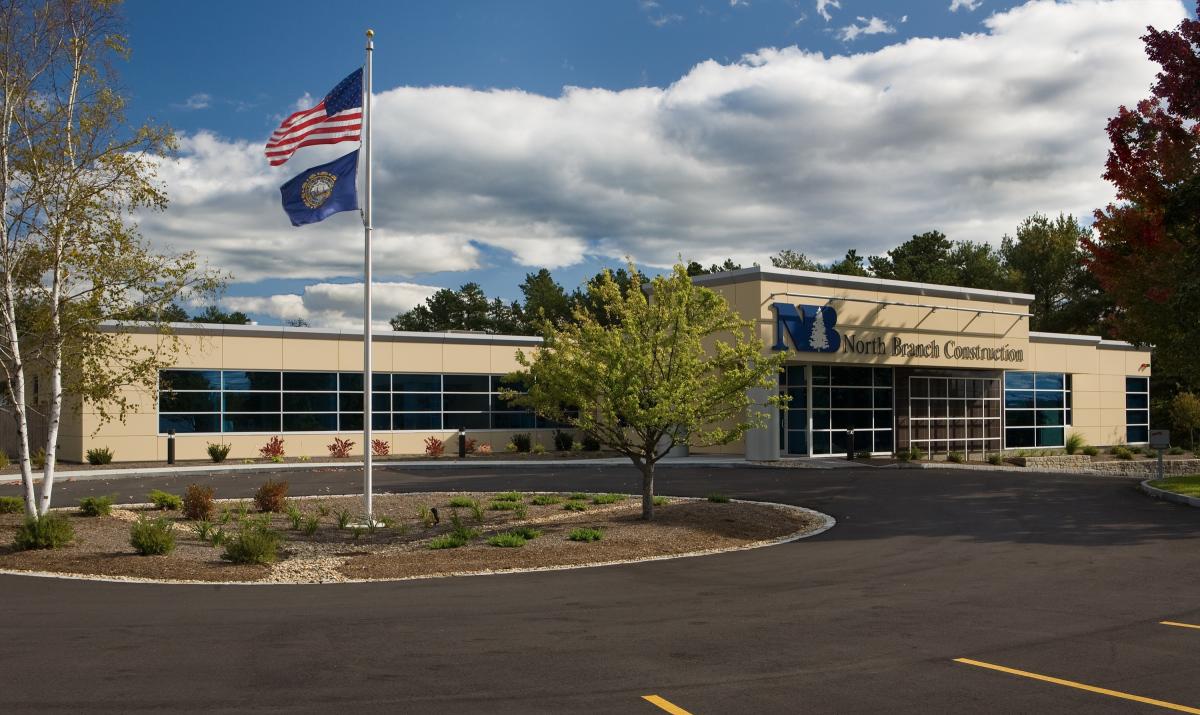 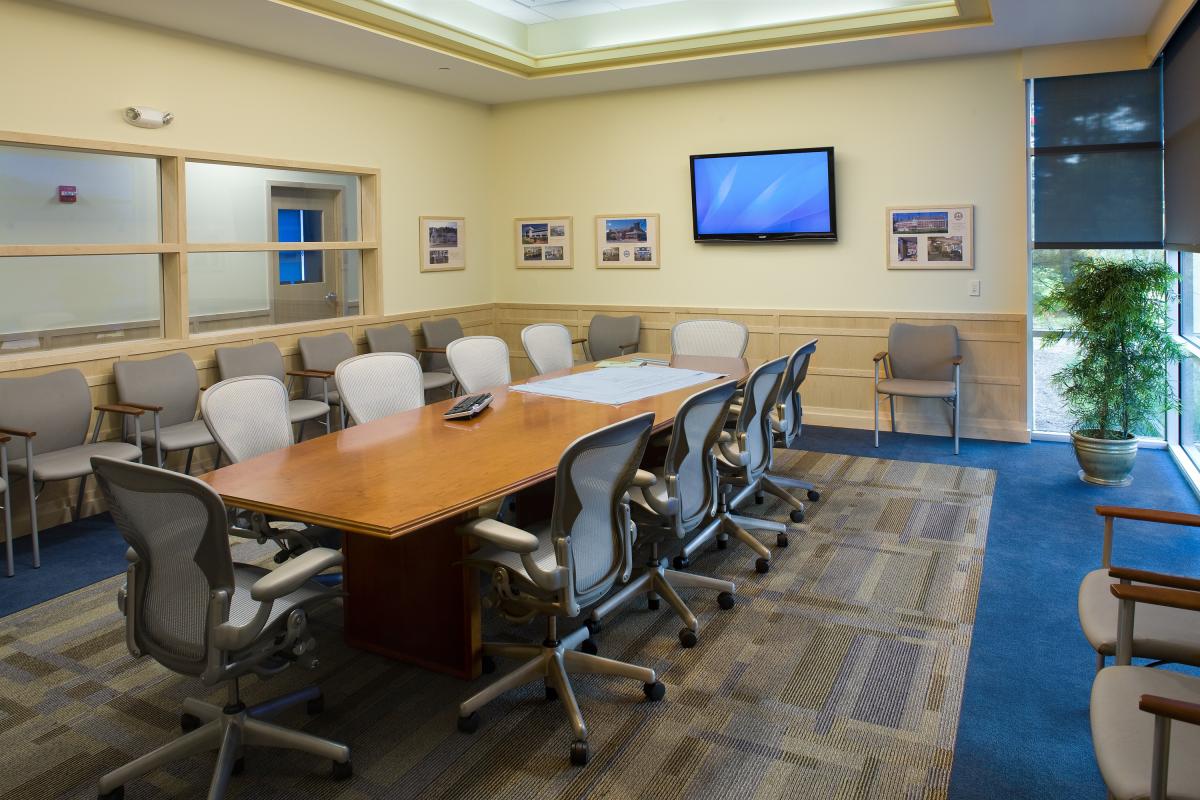 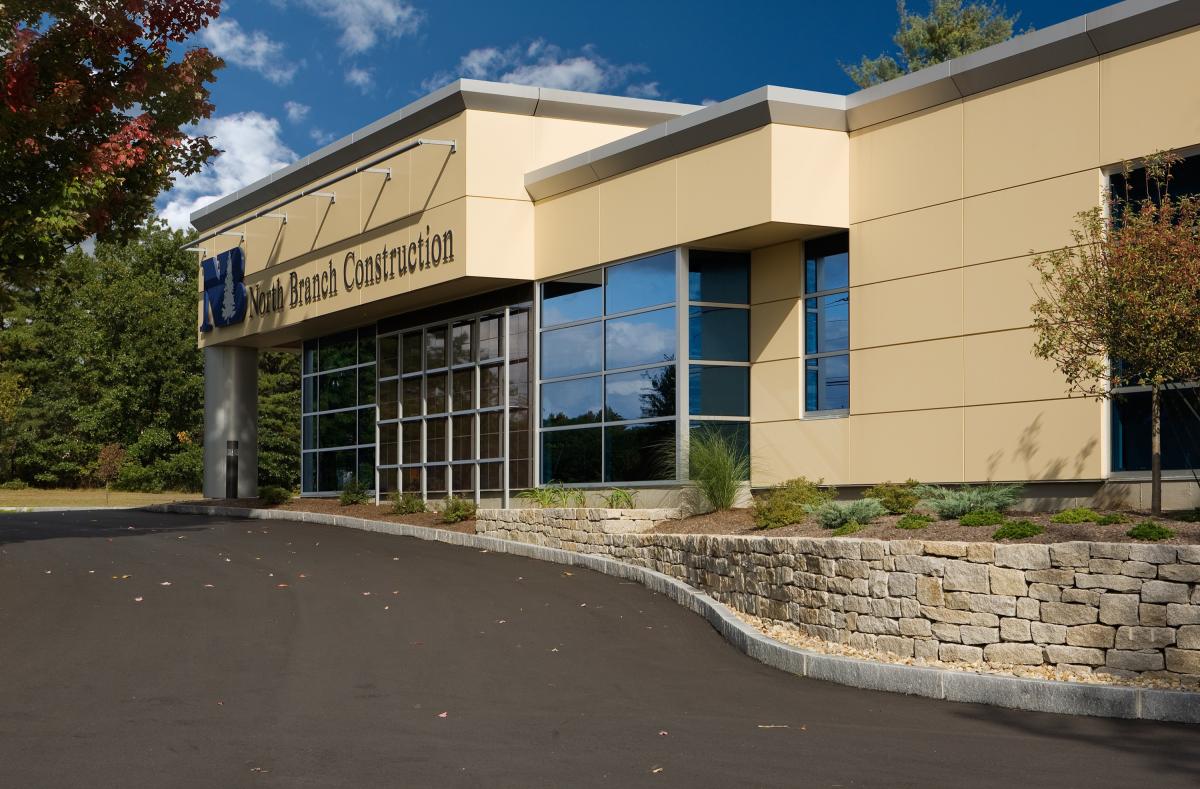 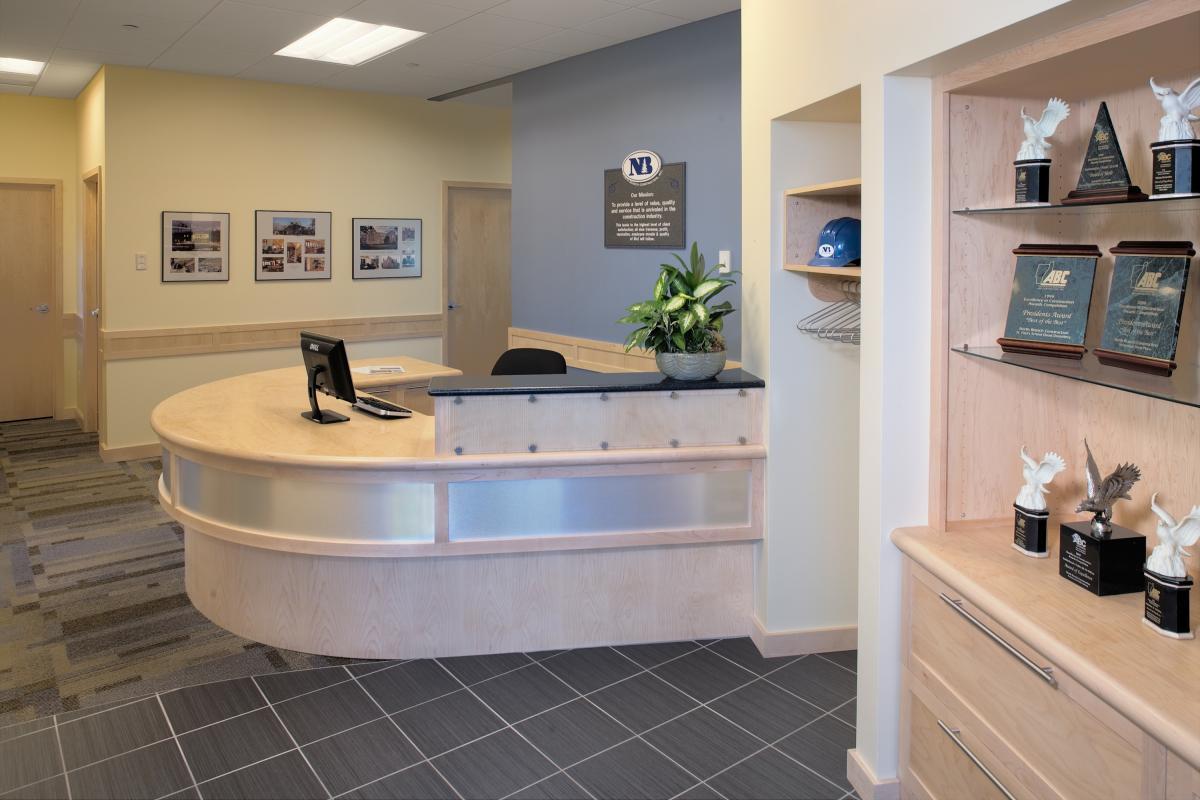 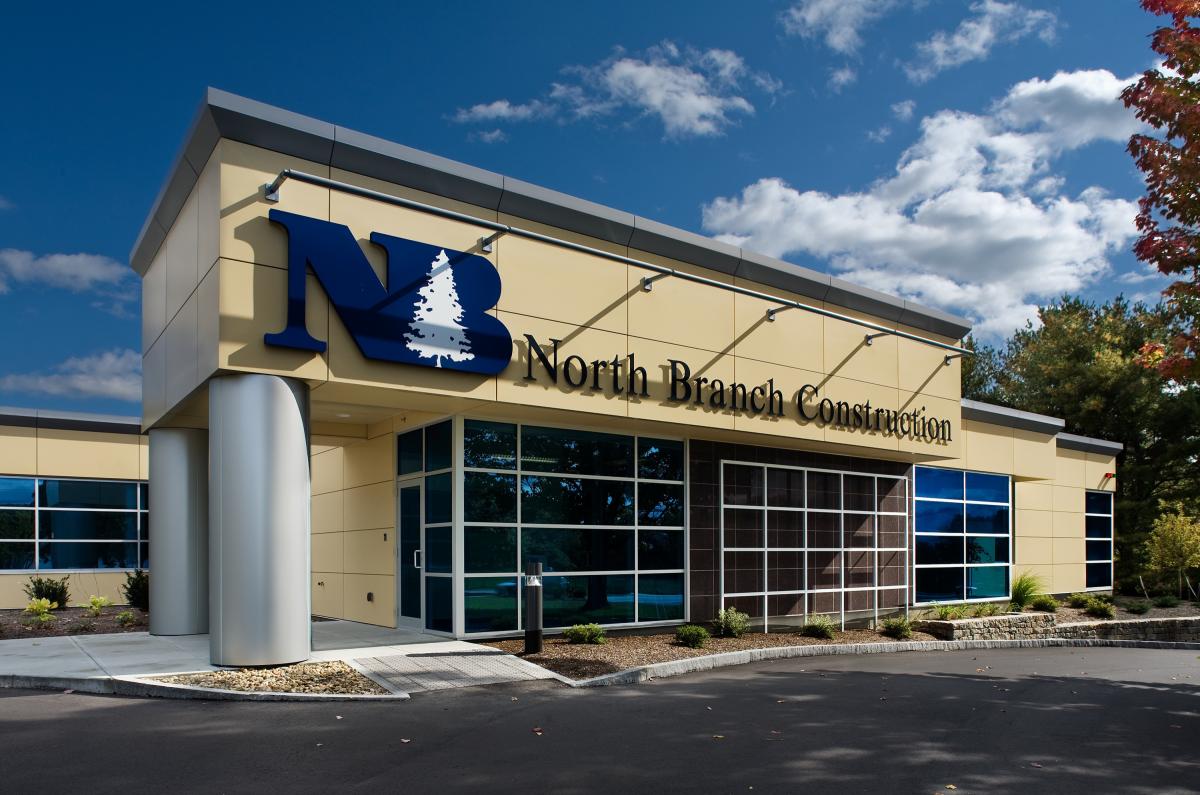 
In the winter of 2007, the owners of North Branch Construction began the process to relocate their corporate headquarters to Concord, NH. The move to Concord coincided with the company’s 50th year in business in 2008. The move was a result of the company outgrowing its existing property in Henniker and a desire to be more central to its marketplace.

In April, 2007 North Branch entered into an agreement to purchase property located at 76 Old Turnpike Road and begin the design process to expand the existing building to meet the company’s needs. The project is registered with the US Green Building Council (USGBC) LEED (Leadership in Environmental Energy and Design) Certification Program and has been built for sustainability.

In April 2007, schematic site plans were developed and North Branch met with Concord officials to begin the approval process. By late fall, the gut demolition and new roofing on the existing building and framing of the addition were complete and the new parking lot was base paved. Construction continued throughout the winter and North Branch moved into the new facility on March 21, 2008.

The design of the new headquarters (by Udelsman Associates of Hollis, NH) encompasses a wide range of sustainable and energy efficient design and construction concepts and methods. The construction site was chosen and engineered carefully to reduce the environmental impact of the project during and after construction. Some of the many sustainability objectives of the project include: reduction of water usage, reduction of waste through recycling, conservation of resources by using materials with high recycled content, usage of regionally manufactured materials. The design of the new building utilized the existing structure in order to reduce demolition waste and reduce a need for new resources. At the same time, the new building envelope was designed to maximize energy conservation through the use of high-efficiency insulation and fenestration.

Energy efficiency was also a leading factor in the design of the building’s HVAC and electrical systems, including sophisticated lighting control systems. These systems not only reduce the company’s energy bill, but also improve the occupants overall well-being. Numerous indoor air quality and occupant comfort measures were introduced, including increased ventilation, improved thermal control, abundance of daylight and views to the outdoors from most occupied spaces. Finally, NBC established an education program, based on their experience with the new facility, which is being used to promote sustainability and energy efficiency ideas among the North Branch employees, clients and business partners.